Event Starts in:
Hurry Up!
Add to Calendar 06/09/2022 9:00 AM 06/10/2022 4:00 PM Central TECHSPO Chicago 2022 Where Business, Tech and Innovation Collide in Chicago! TECHSPO Chicago 2022 is a two day technology expo taking place June 9th - 10th, 2022 at the luxurious Soldier Field Stadium in Chicago, Illinois. TECHSPO Chicago brings together developers, brands, marketers, technology providers, designers, innovators and evangelists looking to set the pace in our advanced world of technology. Exhibitors showcase the next generation of technology & innovation, including; Internet, Mobile, Adtech, Martech and SaaS technologies. Be prepared to be inspired, amazed and educated on how these evolving technologies will impact your business for the better. As part of TECHSPO Chicago is a limited attendance event, DigiMarCon Midwest 2022 Digital Marketing Conference (https://digimarconmidwest.com). If the conference is where the learning, theory and inspiration happens, then the TECHSPO floor is where the testing, networking and product interaction takes place. The TECHSPO floor is free to attend (for a limited time)! Register today! For more details visit https://techspochicago.com.   Soldier Field Stadium, 2233 S Martin Luther King Dr, Chicago

Illinois is the most populous state in the Midwest of the United States of America. The state is diverse, ranging from enormous urban areas such as Chicago, to small quaint towns, and to farmland.

Chicago by far receives the most visitors to Illinois. Other destinations include:

Illinois is a mostly flat plains state, with the majority being farmland except for the river valleys and the south, which are hilly and forested.

English is the dominant language in the state of Illinois. Spanish is widely spoken in the Chicago Metropolitan area by its large Hispanic population, though not well understood outside of Chicagoland. Polish and Chinese are the third and fourth most spoken languages within the state, but only within Chicago and its suburbs.

Amtrak serves many different areas of Illinois. All routes start and end in Chicago. You can get into Chicago from virtually all directions, east coast and west coast, north and south. There are numerous daily trains to and from Milwaukee and it is reasonably fast and reliable. There is daily service (the Empire Builder) to/from from Seattle/Portland, Oregon by way of Milwaukee. You can also get in from Washington DC, New York, and Boston on various daily trains. There are many local trains that serve downstate and southern Illinois that also serve long distance locations. Those routes are as follows:

The Illinois Theater in Jacksonville

The UP line from Chicago-St. Louis serves Summit, Joliet, Dwight, Pontiac, Bloomington-Normal, Lincoln, Springfield, Carlinville, Alton, and finally St. Louis. There are 4 trains each day, each way. One of those trains that serves this route is the Texas Eagle, and it will bring you into Illinois from San Antonio, Dallas, Arkansas, and Missouri.

The BNSF route from Chicago-Galesburg-Quincy. Only local service serves the Quincy portion of the line. The other service is provided by 2 daily long distance trains coming from either Los Angeles (the Southwest Chief) or San Francisco via Salt Lake City and Denver (the California Zephyr).

The CN route from Chicago-Carbondale has 3 trains each way daily. One long distance train is provided each way daily and will take you to/from New Orleans via Jackson, Mississippi and Memphis.

Chicago has two major airports, O’Hare and Midway. Midway is smaller and closer to the downtown. There are many other airports with regional service in the state, including in Moline, Springfield, Rockford, Peoria, Bloomington-Normal, Champaign-Urbana, and in St. Louis, across the river from Illinois.

The Baha’i Temple in Wilmette, one of the “7 Wonders of Illinois”

Car travel is best for the majority of the state, easily accessed by interstates. However, if in Chicago, the city’s public transportation is one of the best in the nation. The CTA (Chicago Transit Authority) runs an extensive bus network in the city, almost every four blocks apart in some cases. Many of the CTA bus routes are 24 hours a day. The CTA also has an expansive subway/elevated rail network with stops approximately every half-mile to a mile apart in the city and some nearby suburbs. Some of the subway/elevated rail lines run 24 hours a day nonstop; the only other city in the world to offer 24 hour local rail service is New York City. Another Chicago-area bus agency, the Pace bus, serves mainly the entire suburbs and parts of Chicago. Metra is a commuter rail network that provides rail service between the city and suburbs far and near. It is quite useful for both morning and afternoon travel. So if in Chicago, getting around without a car is fairly easy. If your stay is in the Chicago suburbs or any other part of the state, a car will be best. Numerous highways run throughout the Chicagoland area. EZ-Pass users from the eastern U.S. can use their transponders on the Illinois Tollway at all toll booths. The price for EZ-Pass and I-Pass Users is half the cash price listed on the sign at the toll booth.

The national train service Amtrak is another way to get around the state. Amtrak serves many cities in the state. Greyhound buses, Megabus discount buses and it’s sister company, Coach USA, serves many Illinois locales. Sizeable cities also run public bus service of their own.

In the Near North:

In the Near South, including the Museum Campus:

The House Chamber in the Illinois Capitol at Springfield

Chicago has many specialties, the most famous of which would have to be its hot dogs and its deep dish pizza. Central Illinois is known for its Horseshoe Sandwich, an open-faced sandwich of toast, hamburger, french fries, and cheese sauce, with regional variations.

The rural water downstate, excluding municipal water but including untreated spring water has a “sulphur” taste and odor to it. It is safe to drink, but the odor and taste can be hard to swallow.

The two cities of major concern in regards to criminal activity are Chicago and East St. Louis.

Over the years Chicago has seen a drop in its violent crime rate, but this does not mean violent crime is not alive and well within its limits. There is significant gang activity within the city and its outskirts, which should not be a surprise seeing as it is the third most populous city in the country. Stay vigilant and use common sense; these two practices will most often aid you in avoiding bad situations. If you find yourself in a bad part of the city, chances are you will be able to tell from its appearance. It is not advised to travel into certain districts and neighborhoods after dark; do your research to find out which areas are most unsavory for the out of town traveler.

East St. Louis is one of the country’s most notorious cities for violent crime. The city has little of tourist interest aside from the casino riverboat. If you are able to avoid it, then it is best to do so.

The geographical position and characteristic of the state’s western regions make them prone to having a high occurrence of tornadoes throughout the spring and summer seasons. Most of these tornadoes are small-scale and short-lived, but this does not mean larger scale tornadoes are totally uncommon. In March 2006, the city of Springfield was struck by two EF-2 tornadoes and experienced significant damage from this event.

If you plan to visit these regions of the state, keep yourself informed of the current weather conditions and update yourself regularly because the conditions can change in an instant. If you find yourself in a dangerous weather situation, seek shelter immediately.

Refer to the tornado safety page for more information regarding this matter.

Although Illinois allows the purchasing and use of consumer fireworks, only sparklers and novelty fireworks can be bought and be in possession. So if you wish to use more explosive fireworks, it’s best to go to a neighboring state to purchase and use them. Fortunately, all neighboring states(except Iowa) allows the possession and purchase of more explosive fireworks. Do not bring your purchased non-legal fireworks back into Illinois, that qualifies as smuggling as you(the consumer) is in possession of fireworks. And punishments for smuggling fireworks in Illinois will lead to serious jail time. Lighting them in the countryside isn’t recomended as you’ll never know if there’s someone nearby watching. This also goes for anyone who is just driving through the state with a vehicle full of non-legal fireworks. 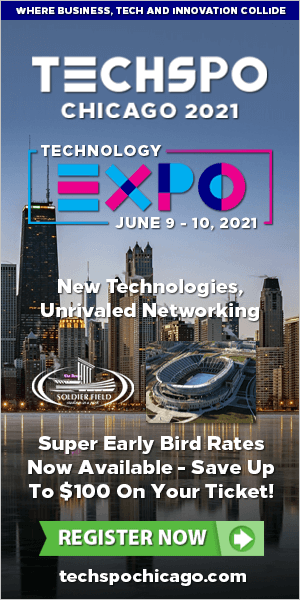 ©2014-2021 TECSHPO, LLC. TECHSPO®    and TECHSPO Chicago®    are trademarks owned by TECHSPO, LLC.
Any unauthorized use of these names, or variations of these names, is a violation of state, federal, and international trademark laws.